Remi-Award winning Writer and Producer of The A.R.K. Report, Harry Moskoff is the Canadian-born Managing Director of Moskoff-Media (Israel), MMLC. His intense interest in biblical archaeology and politics has made him a prolific contributor to many Israeli publications and an internationally acclaimed expert on sacred Jewish artifacts (Roman period). He is also a TV Show Host in Israel and a member of the White House Press pool, as well as related working groups, attesting to his many years of work as a research analyst on the subject of the final status of Jerusalem and the Temple Mount.

Harry (Hirschel) Moskoff heads up the Israeli Advocacy firm Moskoff-Media, MMLC which incorporates biblical archaeology, journalism and film to counter propaganda in the media. After moving to Israel in 2005, Moskoff worked in IP law for many years before writing his inspirational book, ‘The A.R.K. Report’, which has been termed by the Times of Israel as the “Jewish Da Vinci Code,” and endorsed by major media personalities internationally. He is a popular international lecturer/speaker and is a panelist that has been recently featured on i24news, IsraelFirst TV, and in The Jerusalem Post, The Jerusalem Report Magazine, The Times of Israel, Breaking Israel News, Breaking Christian News, The Jewish Chronicle, RTS Switzerland, Media 24 Slovenia, ATV Hungary and Viva, Indonesia.

Moskoff is a journalist for many of the above-mentioned news outlets, and considered one of the foremost experts on ancient Jerusalem and the Temple as a result of his many years researching with working groups on the subject.  He frequently travels to Jordan, Egypt, Qumran and Rome as well as other locations to investigate the subjects further, and recently hosted the television series “In Search Of…” on HISTORY Channel, as well as episodes for the Christian Broadcasting Network (CBN) in Israel.

Harry holds a BFA (Hon.) in English Comp. from York University in Toronto as well as an MA/Rabbinical Ordination in Jewish/Israel Studies. Post graduate diplomas were awarded in Applied Information Technology and Executive Counter-Terrorism from IDC University in Herzliya, Israel.

Moskoff-Media (Israel), MMLC was founded after gaining critical acclaim in winning international film awards for Best Original Drama, Best Short, and others.  His media company deals specifically with Israeli PR (“Hasbara“) using the history of Jerusalem and biblical archaeology to counter propaganda, while promoting the ancient Jewish connection to the Land of Israel in the forum of public opinion and mainstream media outlets.

Rabbi Moskoff works actively with various political think-tanks in the USA and Israel re: the US-brokered peace plan and the final status for Jerusalem’s holy sites, actively promoting understanding and cooperation with various minority groups in Israel and the region for peaceful coexistence, conflict resolution and mutual benefit. He believes that normalization with Israel’s neighbors is not only possible, but inevitable – based on respect for faith, tradition, and an innovative language-oriented resource designed for implementing mutual codes of conduct.

For Israel’s 70th Year Independence celebration Moskoff has completed a 2-hour TV Special/Documentary that includes exclusive interviews with Deputy Foreign Minister MK Tzipi Hotovely, UN Ambassador Danny Danon, Gov. Mike Huckabee, Chief Rabbis of Israel, amongst other high-profile figures who endorse his A.R.K. Report initiatives. Moskoff is also a popular radio and podcast personality, having appeared on The Voice of Israel, Coast to Coast US, amongst others, and has written dozens of Op-Ed articles that critically analyze current events as they relate to the geopolitical scenario that surrounds Jerusalem.  As such, he was recently one of the Distinguished Speakers at Queens College in NYC (2018 ICERM Conference), and afterwards speaking at the UN Headquarters as part of the Institute for Cultural Diplomacy (ICD) International Conference. 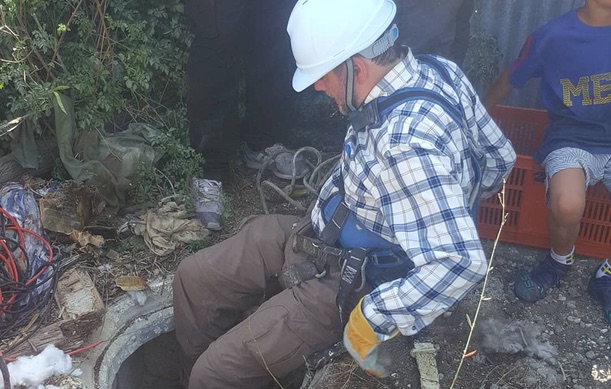 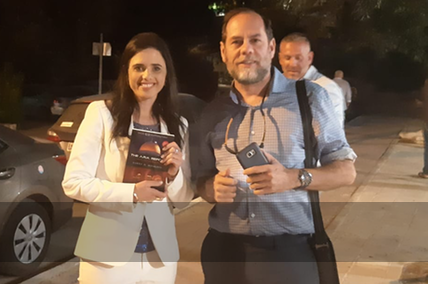 Distinguished Speaker at the ICERM Conference at Queens College in NYC 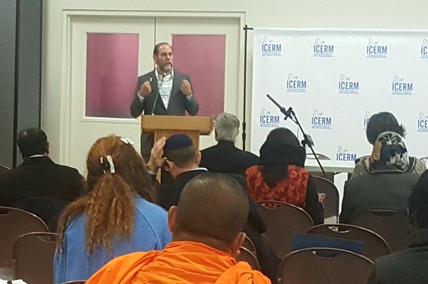 Discussing the ARK Report with US Ambassador to Israel, David Friedman 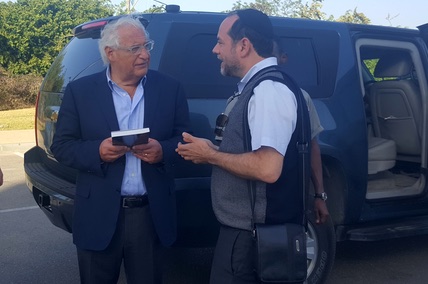 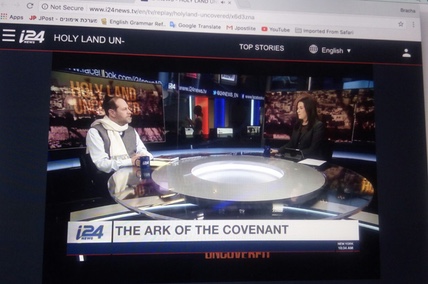 Speaking at the Prophecy in the News Conference in Jerusalem 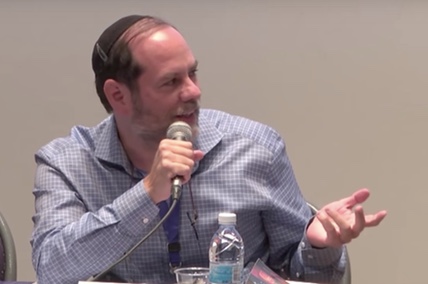 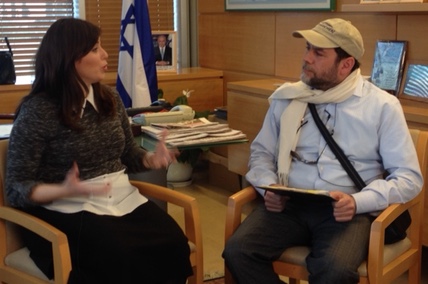 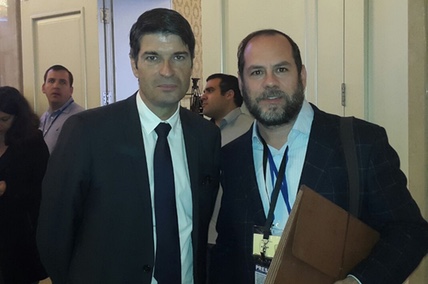 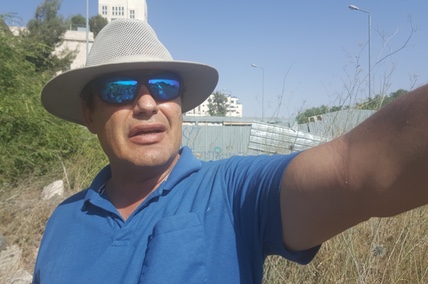 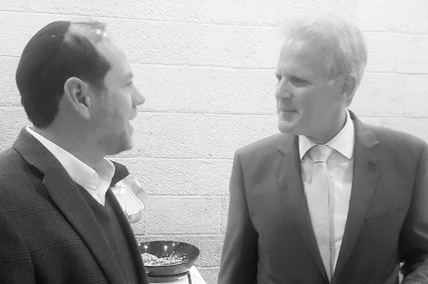 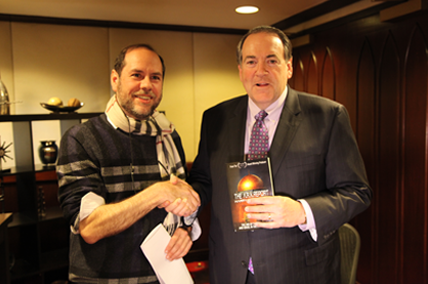 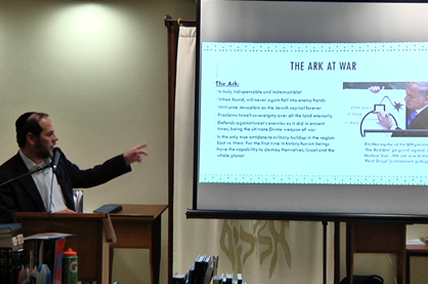 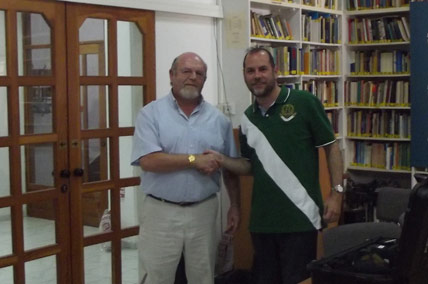 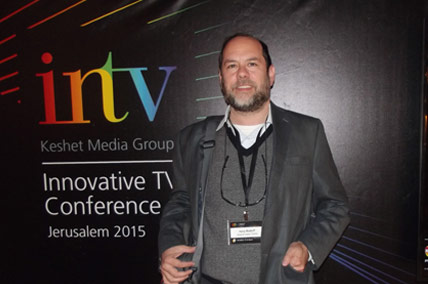 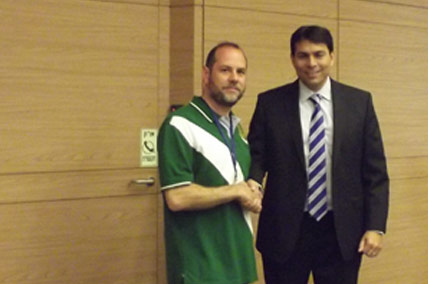 Behind the Scenes with the A.R.K Report 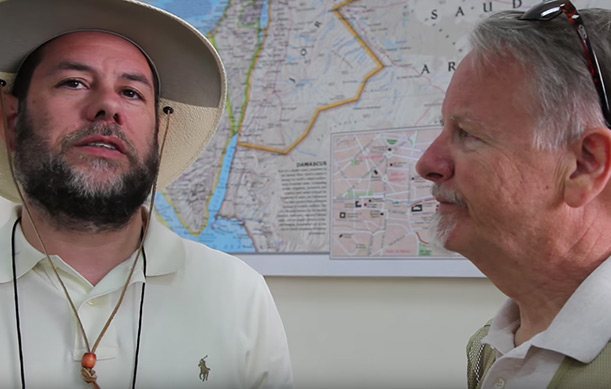